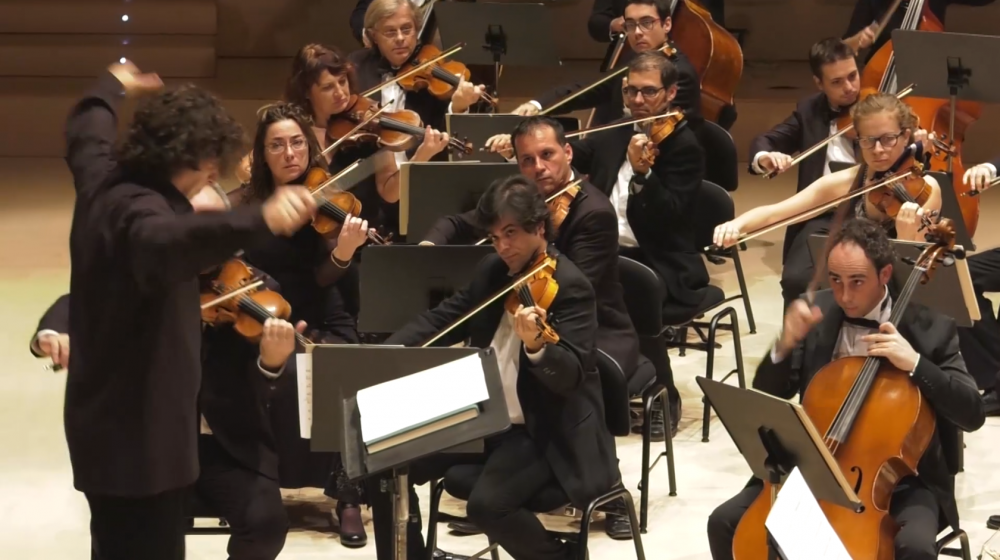 Cristóbal Soler plays the famous “Intermezzo” from the opera Goyescas, by Enric Granados (1867-1916), one of the favorite Spanish orchestral pages. Curiously, with the purpose of adding more duration to a short one-act opera, it was written just before the World premiere which took place at the New York Metropolitan Opera House, on the 28th of January 1916.

That morning, Granados ended an orchestral interlude -his last composition- that was inserted between the first and second scenes.
Nowadays, it has become a frequent independent concert piece, while the complete opera is rarely performed on stage. It was, however, the first opera in Spanish to be performed at the Met, and paired that evening with Leoncavallo´s Pagliacci.

In his review for the New York Times, Richard Aldrich wrote about the last evening success and stressed :

«The intermezzo that preceded the next tableau is an interesting piece of orchestral writing in which the composer has  ingeniously  made use of some of his most characteristic tunes with changed rhythms  in transformations and  combinations».

Granados wrote the opera based on the themes from his famous Piano Suite also called Goyescas (1911), inspired by the paintings of Goya. He orchestrated to form a new opera in one act and three scenes.  So, the libretto by Fernando Periquet had to be fitted to existing melodies, the opposite of the usual way of writing an opera.

Granados had manifested his interest in orchestrating again this work but death surprised him before starting his plan. The success of the Met premiere of Goyescas led indirectly to Granados’s death. He was invited by President Woodrow Wilson to perform a piano recital at the White House, causing him to postpone his return to Spain. Granados and his wife lost their lives on the 24th of March 1916, when their ship, the French steamer Sussex, was torpedoed by a German U-boat in the English Channel.