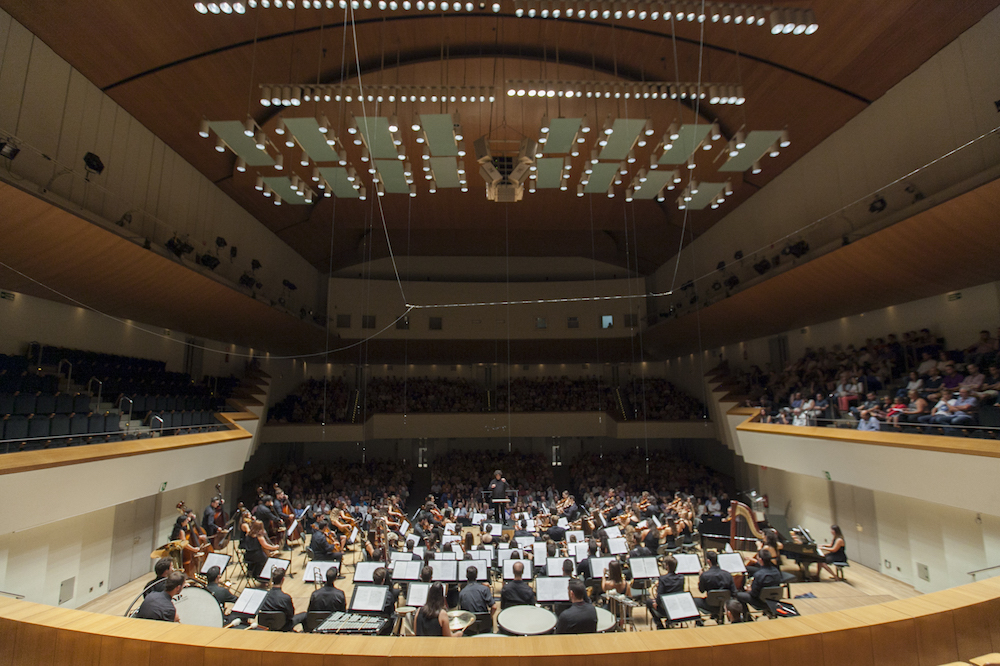 Posted at 21:40h in Concerts by Comunicación

Closing concert of the 3rd Edition of the FSMCV (Federation of Music Societies of the Valencian Community).
The Young Symphony Orchestra of the FSMCV, under the baton of Cristobal Soler, played a programme including Tchaikovsky´s fantasy-overture Romeo and Juliet (video) and Prokofiev ´s selection of his ballet Romeo and Juliet to celebrate the 400º Anniversary of William Shakespeare´s death.

Cristóbal Soler is the  founder and artistic director of the Young Symphony Orchestra, a pedagogical and artistic project formed  by highly talented young Spanish musicians. After a one week workshop, they played a tour of three concerts with works by Bruch (Violin Concert) and the mentioned works by Tchaikovsky and Prokofiev.